You are here : Home / Get Involved / Breeding Bird Atlas

Grid-based atlases are efforts to document systematically the occurrence of plant or animal species within a given area. Two monumental efforts in Britain, Atlas of British Flora (Perring and Walters 1962) and Atlas of Breeding Birds in Britain and Ireland (Sharrock 1976), unleashed a plethora of projects around the globe including many in the United States and Canada.

The first Florida Breeding Bird Atlas project attempted to record the breeding distributions of all bird species in the state during 1986-1991. The Atlas project was a collaborative effort of Audubon of Florida, the Florida Ornithological Society, and the Florida Fish & Wildlife Conservation Commission. More than 1,880 participants, most of them volunteers, were involved in conducting surveys and compiling data. 196 species were confirmed breeding, and another 19 species were found to be probable or possible breeders in the state.

Maps for Florida Breeding Bird Atlas I can be found at the website of the Florida Fish and Wildlife Conservation Commission.

With the blessing of the FOS Board, a committee (Ann Paul, Jim Cox, Adam Kent, David Stock, Ann Hodgson, and Todd Engstrom) is working on the Florida Breeding Bird Atlas (BBA) II. We hope to publish BBA II in 2022 as an FOS Special Publication.

•  BBA I and BBA II species maps. Jim Cox has made BBA II maps for approximately 200 species. (See draft map for the American Crow below). Comparison of BBA I and BBA II maps will provide the basis of an evaluation of changes in breeding distribution over the 25-year period between the atlas efforts.
•  USGS Breeding Bird Survey graphs for surveywide and Florida population trends.
•  Diane Pierce artwork. (The same artwork as in BBA I).
•  A brief (400 word) species account and population change evaluation.

We will publish Florida BBA II on the FOS website, but we will also consider a limited print run of books by advance subscriptions.

Our schedule for completing BBA II will be:

•  The work plan was approval by the FOS Board January 14, 2022.
•  Species accounts authors will be identified by March 2022.
•  Species accounts will be due by May 31, 2022.
•  Editing for consistency by Special Publications Editor Ann Hodgson will be completed by August 15, 2022.
•  On-line publication mechanics will be accomplished by September 15, 2022; printed copies may be available by subscription.
•  The "grand release" of the BBA II will be at the Fall FOS Meeting, October 7, 2022.

Sharrock, J.T.R. 1976. The Atlas of Breeding Birds in Britain and Ireland. Poyser.

Field surveys for the Florida Atlas project began in 1986 and were concluded in 1991. Volunteers visited atlas blocks and recorded the birds found there. The grids used to delineate atlas blocks were the 7.5-minute topographic quadrangle maps prepared by the U.S. Geological Survey. Each 7.5-minute quadrangle was divided into 6 equal-sized atlas blocks that encompassed about 10 square miles (25 square km). Florida is made up of approximately 6,234 atlas blocks, but not all blocks were visited.

Atlas volunteers were provided a handbook describing data collection methods and were encouraged to locate every bird species breeding within their assigned block. Evidence of breeding was subdivided into 3 broad categories: POSSIBLE, PROBABLE, and CONFIRMED. The breeding evidence goes as follows. 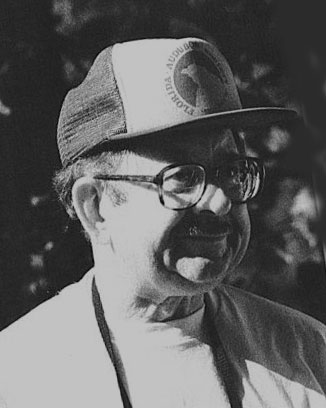 The Atlas project was conceived and promoted by Dr. Herbert W. Kale, II, chief ornithologist with the Florida Audubon Society until his death in 1995. Other people who helped organize data, motivate participants, and create maps included Wes Biggs, Bill Pranty, and Dr. Brad Stith. Stuart Cumberbatch and Brian Millsap with the Florida Fish and Wildlife Conservation Commission helped to assemble the maps for this booklet. There were hundreds of other people involved in this project, and a more comprehensive acknowledgment appears in the web publication here

“ Bird watching embraces individual enterprise on the one hand, collective effort on the other. Above all else, it is marked by a ready exchange of experience, by a high regard for truth, and by a conviction that wild birds express the most spectacular development of nature. ”